In this article, we will learn How to create an Ionic 5 application using React and also go through the structure and get to know How actually a React application works?

In starting or before Ionic’s version 4, Angular was the only choice available to build an Ionic application. But now Ionic provides multiple platforms and support for multiple JS libraries to choose from like ReactJs, VueJs or simple JavaScript.

Let’s get started and create an Ionic ReacJs Application

Here we are using the latest version of @Ionic/cli which is v6.2.0. Ionic 5 now depreciated the ionic package for CLI and started using @ionic/cli as seen here

To create a new Ionic application using React we use --type flag with react as shown below:

creating a blank template for the sake of simplicity.

Now move to the app folder by running cd react-demo then hit code . to quickly open your application code in the Visual Studio code editor if you have already installed! 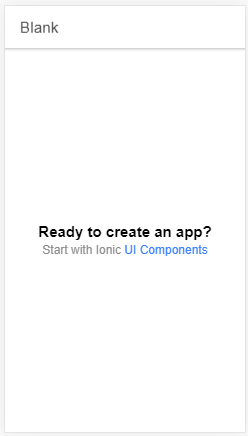 Now if we look at the application structure, and you are already familiar with Angular architecture you can easily understand how these Ionic react application blocks are working.

Traditionally a React application have JSX files known as JavaScript eXtention which enables the use of HTML like coding in Javascript files as shown below:

But here we have TSX as Ionic is using TypeScript in React. 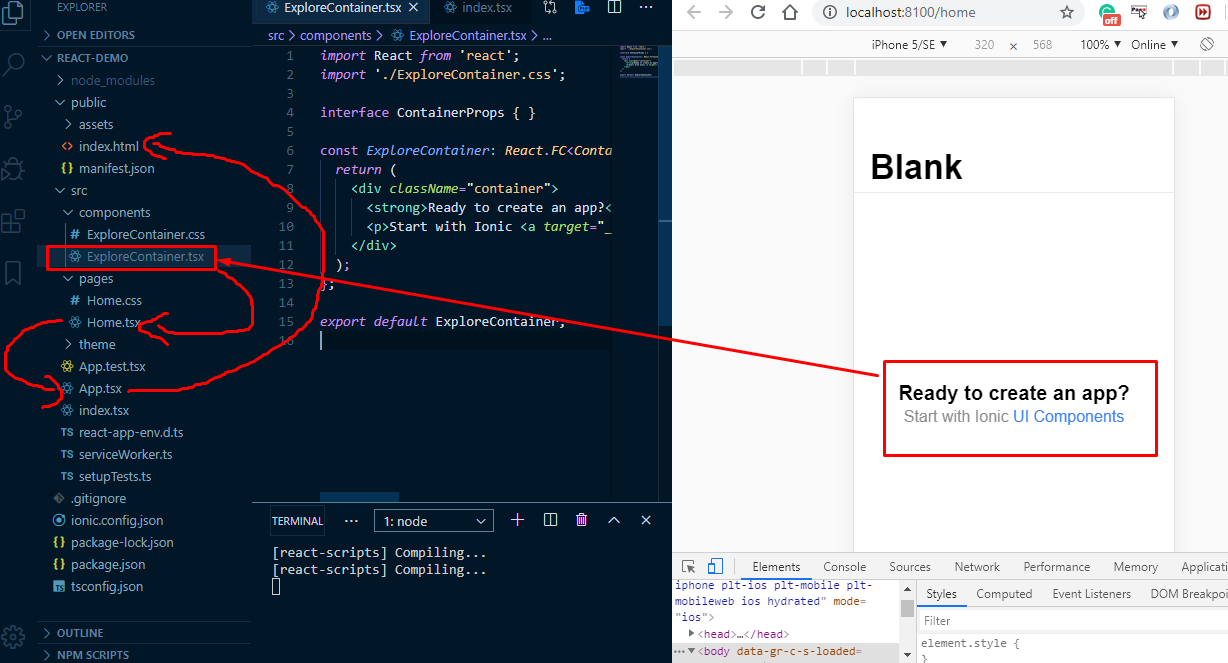 On a Serious Note!

A react app is instantiated from the index.tsx file

Which loads the App component in  App.tsx file in the public/index.html file where have <div id="root"></div>

In a big picture

In coming tutorial we get to know how to create more pages in a blank application and also Routing to navigate between them.