Github is used to track code changes and manage issues for an application. It helps to maintain a history of code changes by multiple team members and contributors. Using git versioning we can travel back in time to fetch the old version of code.

In this article, we will go through steps to quickly set up Git versioning in the Angular project.

Let’s start from scratch by creating a new Angular project.

Using NG CLI tool, make sure you have installed the latest version by running below code:

create a new project by running following command in the terminal window:

After creating project go to its root ~cd my-git-project and open with VS code by running ~code . command.

If you are creating project in other then C drive, you may need to set Environment Variable path to this C:\Program Files\Git\bin

After that reopen the VS Code to take this in effect.

Now open the terminal window, by pressing Ctr+`if in VS code to run git init command to initialize git.

This will create a .git folder and .gitignore file keeping track of files and folder which will not be versioned by Git.

Before committing files to Github repository online, we will execute some commands to create a bunch of files to be committed.

git status displays the files which are new/ changed but not committed yet.

git add . add files and folders need to be committed. The . means all new/ changed files.

Next, we are ready to move our committed files to an online repository like GitHub or GitLab.

Here we will discuss GitHub steps to create a new repository:

Now hover on the top right + icon, then click the New repository link 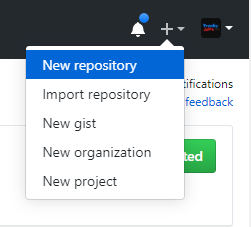 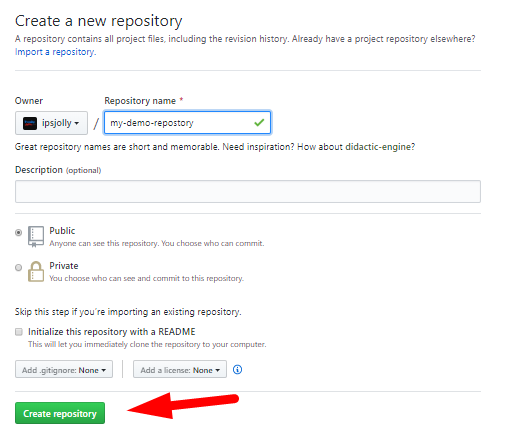 After that, you need to run some commands shown on the next screen 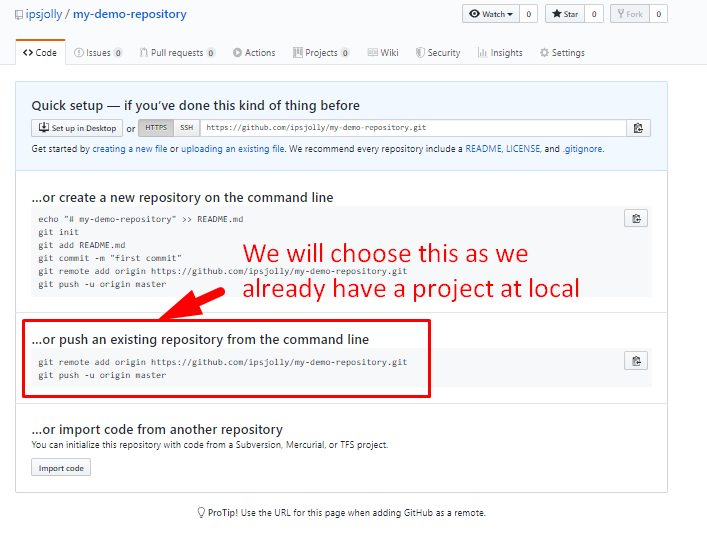 That’s it now you have successfully committed your files on GitHub repository!

Now when you will make modifications to any files or folders, follow the same procedure in step 4 above to commit your changes.