Very much awaited Ionic’s Version 4 is finally released with full of celebrations and feelings full of thrillers by the Ionic team. According to the team Back in 2013 Ionic was introduced in support with AngularJS to make is compatible with the latest choice of developers at that time. After that, there was Angular 2 and so on, Ionic also updated with 2 and later version 3 of the Ionic framework. 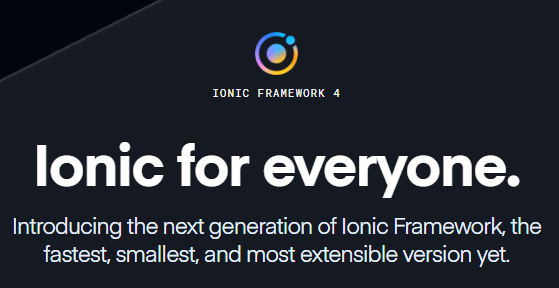 As we know front end technology keeps on evolving day by day with new frameworks like React, VueJS etc so team introduces a future proof version of Ionic this time. Now Ionic supports web components created using stencil which can be easily used with the latest and fastest growing frontend frameworks like React and VueJS making Ionic more preferred by developers.

What You Need to Care About?

Now $ ionic start IonicApp blank will not ask if you want to create a new app in version 4 or not it will create in version 4 by default.

I am also facing some issues with the installation of plugins in previous Ionic 3 application after updating of Ionic CLI from v 4.8.0 to 4.9.0.

If you are still working on the v3 project and want to get rid of the issue faced due to CLI update, you can downgrade you cli using below npm command

Ionic team has integrated Sharp which will now create resources locally. Previously the resource files were uploaded to serves to create different version for resolutions, you need to use –cordova-res  flag. That’s it 🙂 more info here which is not updated with this info yet.

Links of documentation for Ionic v3 and Ionic v4 update.

Now you need to take care about taking reference for any UI component or Native plugin tutorial as links have been updated with a nice layout which is much faster and clean to read.

Conclusion: After creating a new app in latest CLI V 4.9.0 you will notice a bit of new structure of Ionic 4 application mainly in terms of routing as of now Ionic will create in angular version 6. Here on FreakyJolly, we will discuss more upcoming challenges, features, tricks, tips. This is just the starting of new ara in mobile development revolution. Stay connected 🙂