Variable is created when a value is assigned to them. They are used for storing some values. In Python, types of a variable are interpreted automatically by the engine. We don’t need to declare them explicitly like other programing languages.

But to check the data type of a variable in Python 3, use the type() function as shown below: 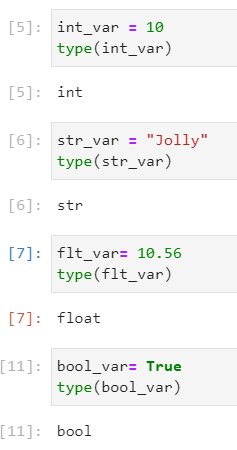 We used Jupyter Notebook to run Python commands on local. Refer to this tutorial to set it up in your local environment.